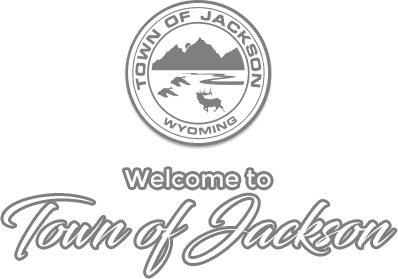 The Town of Jackson is proud of its many environmental initiatives. In November 2006 Mayor Mark Barron became the first Mayor in Wyoming to sign the US Mayor's Climate Protection Agreement. The Town of Jackson has continued to partner with Teton County and Lower Valley Energy to move towards energy sustainability. Several of the major initiatives that have evolved over the past few years include the following.

In 2012 the new and improved Home Ranch Welcome Center was opened to the public. This building was constructed using strict environmental standards earning it a LEED Gold certification. Some of the unique energy-saving features of this building include solar electric photovoltaic power, solar thermal hot water heating, and geothermal heating and cooling. The Home Ranch parking lot is also host to one of our free electric vehicle charging stations.

The US Mayors Climate Protection Agreement

At the 73rd Annual U.S. Conference of Mayors meeting in Chicago in 2005, elected officials from throughout the United States, including Mayor Barron of Jackson, endorsed the Climate Protection Agreement. The Town of Jackson has been diligent in striving to meet and exceed these goals aimed at reducing global warming pollution levels, urging the US Congress to pass bipartisan greenhouse gas reduction legislation, and taking action on a local level to meet and exceed Kyoto Protocol Targets for reducing global warming pollution.

In 2019, the Environmental Protection Agency recognized the Town of Jackson for their continued effort to help reduce the negative health impacts of air emissions through the use of green power.

As of 2019, the Town of Jackson has a total of 3,415 photovoltaic cells in operation. Located at Public Works, our Wastewater Treatment Plant, the Parking Garage, the Home Ranch Welcome Center, the Deloney Restrooms, and Water Well #5, these solar panels supply the town with a total of 1,017 Kilowatts of electricity which is estimated to produce 1,405,411 kilowatt hours per year. View some of the Solar Panel Projects (PDF)

Because of our commitment to tree-care within our town, Jackson has been named a Tree City USA by the Arbor Day Foundation for three years in a row. Plant a tree and help keep this effort going strong! Councilman Bob Lenz has accepted this award on behalf of the Town of Jackson.

Browse through pictures of our of some of the Town of Jackson's key conservation efforts thus far. A description only goes so far. The best way to understand all that we are doing is to see it for yourself!

Ever wonder what happens when we tear up and replace an old road? Watch this video to find out what the Town of Jackson is doing with all that asphalt.

Ever wonder what happens at the Wastewater Facility Plant? Watch this video to find out what the Town of Jackson is doing with waste and water.