Jackson Hole was originally populated by indigenous tribes including: 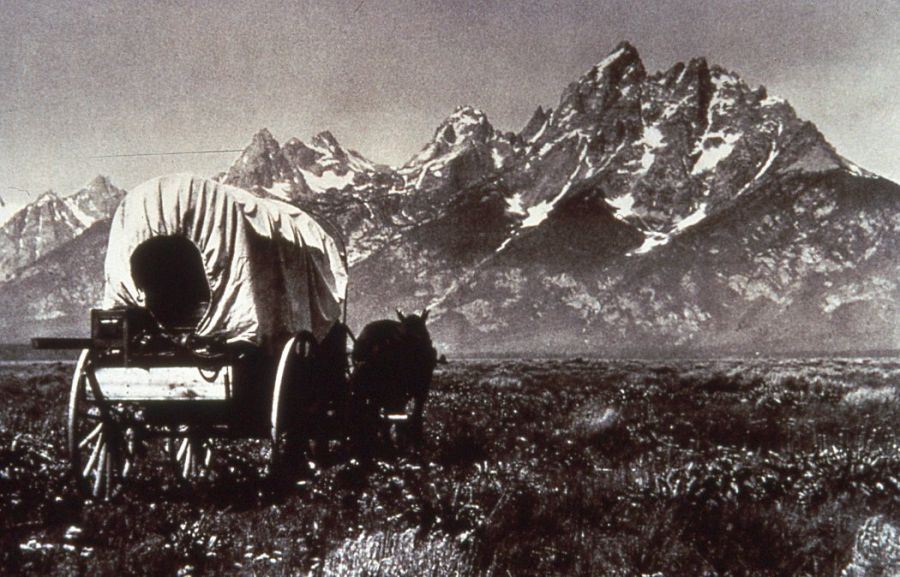 John Colter entered Jackson Hole during the winter of 1807/1808 during the return journey of the Lewis & Clark expedition. Subsequently, the area became a prime spot for trappers, and many famous mountain men traveled through Jackson Hole in the early 1800s. These mountain men are responsible for many of the names in the valley including Bridger, Jedediah Smith, and Sublette. David "Davey" Jackson gave his name to the valley after a winter spent on the shores of Jackson Lake.

As part of the Hayden Expedition of 1871 and 1872, William Henry Jackson took the first photographs of the Teton Mountains and Yellowstone. His photographs, along with the sketches by Tom Moran, were important evidence to convince Congress to protect Yellowstone National Park. Yellowstone became the first National Park in the country in 1872 (18 years before Wyoming was even a state). Grand Teton National Park was created in 1920 and greatly expanded in 1950 through the generous efforts of John D. Rockefeller, who purchased and then donated over 30,000 acres.

In 2009, the Town of Jackson was designated as a Preserve America Community (PDF). This designation recognizes that, as a community, we protect and celebrate our heritage, use historic assets for economic development, and encourage people to experience and appreciate local historic resources.

For more information about the history of Jackson and Jackson Hole, please visit the Jackson Hole Historical Society.